Only just shy of 1.4m, the standard minimum height for most rollercoasters, 11-year-old Zac is delighted to find that he can board OzIris – the biggest, boldest ride at Parc Astérix, taking you upside-down five times during its heart-thumping two-minute 15-second journey. Accessible to those 1.3m tall and up, it’s even better than the park’s other major coaster, Goudurix, which boasts a bone-juddering seven inversions.

Second on Zac’s list of the best rides here is Pégase-Express, a great little coaster that takes you backwards for part of your journey. But all three of us – including Zac’s 16-year-old brother Ethan – also love the fantastic Attention Menhir!, which ranks for me as the best 4D cinema experience I’ve had to date. I won’t spoil the fun by listing its many spectacular interactive effects, but they are truly gasp-inducing.

‘From body-popping Roman centurions to grooving Greeks, from mock battles in the Arena to
character appearances at mealtimes, the entertainment at Parc Astérix is raucous and hilarious.’

You can tell by the names – of the venue as a whole and the above rides – that Parc Astérix is a theme-park with a difference. Historically themed, it was inspired by the world-famous René Goscinny comic strips about the rivalry between the ancient Gauls and the Romans, set in present-day Brittany. But it also includes areas referencing the ancient cultures of Greece and Egypt. As well as the imaginative rides, the level of attention to detail and humour throughout the park is extraordinary. 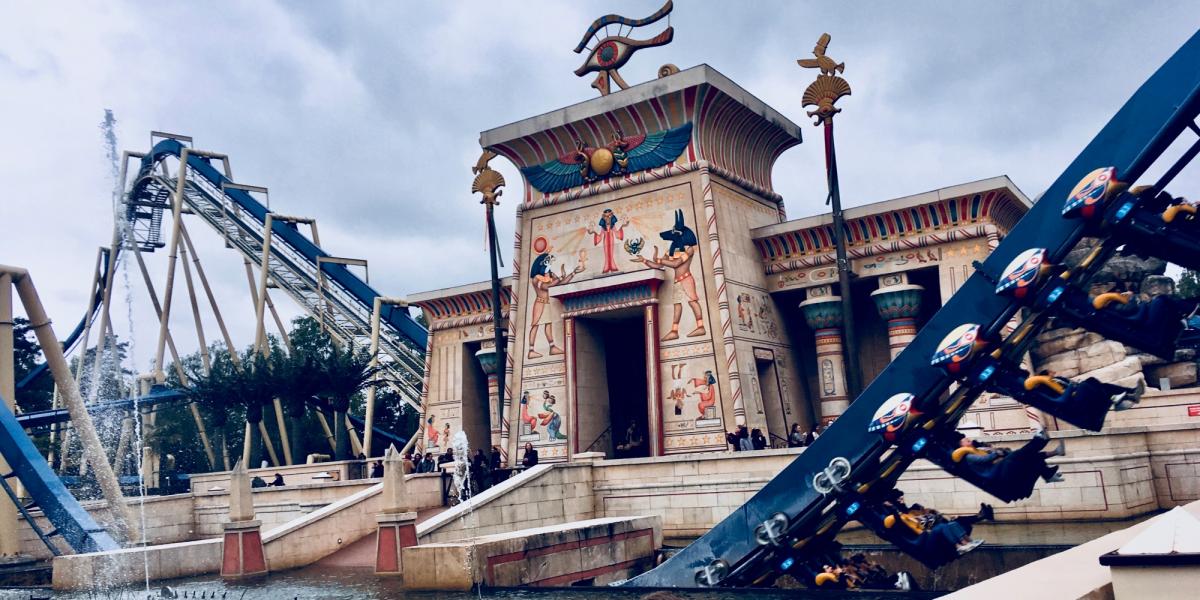 In addition to rides, expect themed entertainment around the park and in its hotels, from body-popping Roman centurions to grooving Greeks, from mock battles between Gauls and Romans in the Arena to character appearances at mealtimes – all of it raucous and hilarious. The huge variety of food on-site continues the themes – enjoy Greek classics in the taverna and wild boar burgers in the fruit-and-veg-themed Restaurant du Lac, for instance. Having said which, we were most bowled over by the gorgeous decor of the big-top Circus buffet.

Parc Astérix is so close to Paris (an hour from the centre of the French capital) – as well as so handy for for those taking the ferry or Eurotunnel to France to venture further south – that it would be remiss not to stop over here. There are three great hotels on-site. Having previously stayed at the Hôtel les Trois Hiboux, this time I was checking out a later addition, La Cité Suspendue, themed as a Celtic ‘hanging city’ of hamlets built on stilts.

Zac adored our room, which was simple but beautifully outfitted as a rustic cabin, with a cute curtained-off bunk-room for kids. Breakfast comes as part of your overnight package and consists of a plentiful, high-quality buffet including pancakes and waffles. You can also treat yourselves to a buffet dinner at both hotels.

Best of all, perhaps, staying overnight allows you easy access to the park – via a private entrance just a few minutes’ walk from your room – a half-hour before day visitors are allowed in the main entrance, meaning you can get a head-start on the most popular rides. Should you wish to avoid the queues throughout the day, you might also consider a Pass Rapidus for eight key attractions, which at €25pp is better value than fast passes in a lot of theme-parks.

One night + one day pass at Parc Astérix costs from €81.50pp at Hôtel les Trois Hiboux and €86.50pp at La Cité Suspendue, including breakfast. Day tickets start at €43 for adults and €40 for kids aged 3–11 years but vary with advance and/or flexible booking or for those in groups of five and up. Find out more about Parc Astérix. 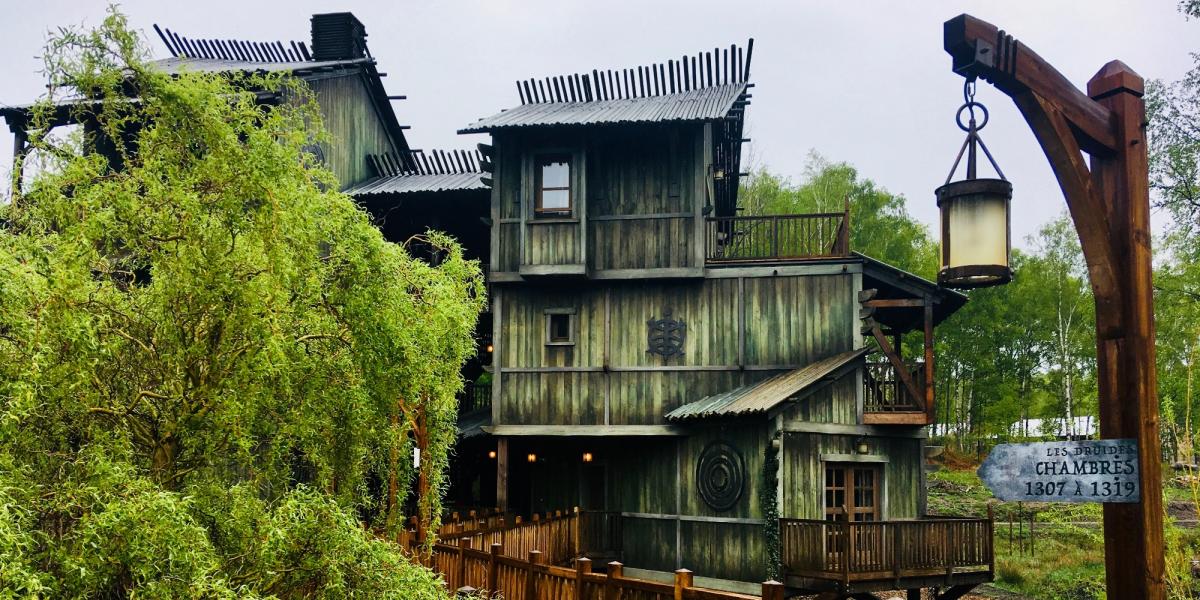 Ridiculous summer savings with First Choice! Hot holiday deals, hello. Get your summer break in the bag, for less, with £250 off selected holidays*. FIND OUT MORE.