A Family Cruise Holiday in the Hebrides, Scotland

Seal colonies and red deer on Skye and puffins off Canna are just some of the wildlife you might come into close contact with during during a mini-cruise around the Isle of Skye and the Small Isles of Scotland’s Inner Hebrides with St Hilda’s Sea Adventures. During our six-night jaunt, we also saw pods of dolphins and a couple of minke whales, shared an otherwise deserted white-sand beach with a couple of cows and their calf and a handful of sheep ushering along their new-born lambs, and nearly cycled into rabbits running wild on the lanes.

'Our cabin was a snug little bunk room with a porthole from which we could spy the waves by day and the stars by night. The storage was brilliantly designed to accommodate all the different permutations of clothing you might need on such a trip – during ours, the temperatures ranged from positively Caribbean at points to Antarctic (or at least that’s how it felt!).'

Life aboard the Seahorse II, our home for the week, is cosy, lo-fi and great fun for kids – especially teens. With little mobile or WiFi/GPS for hours and sometimes days on end, you’re forced to slow down and take a break from screens – except the screens of the navigational aids in the bridge, where you’re very welcome to sit with the crew as they take you through the waters of this phenomenal part of the world.

Of the five islands that we visited – Eigg, Sky, Canna, Rum and Mull – my favourite was the first. Purchased by its community a few years ago, this is a self-sufficient and blissfully low-key place with little to do but walk, cycle and enjoy the utter tranquillity of it all. We hired hybrid bikes to seek out exquisite beaches, some of which wouldn’t look out of place in the South Pacific and others reminiscent of the dramatic coast of Brittany, with rocks and other geological formations contorted into fantastical shapes by the elements. Among these beaches, Singing Sands, so called for the hum it emits, is the most famous. The bike-hire firm, Eigg Adventures, can also loan kayaks and organise archery sessions. 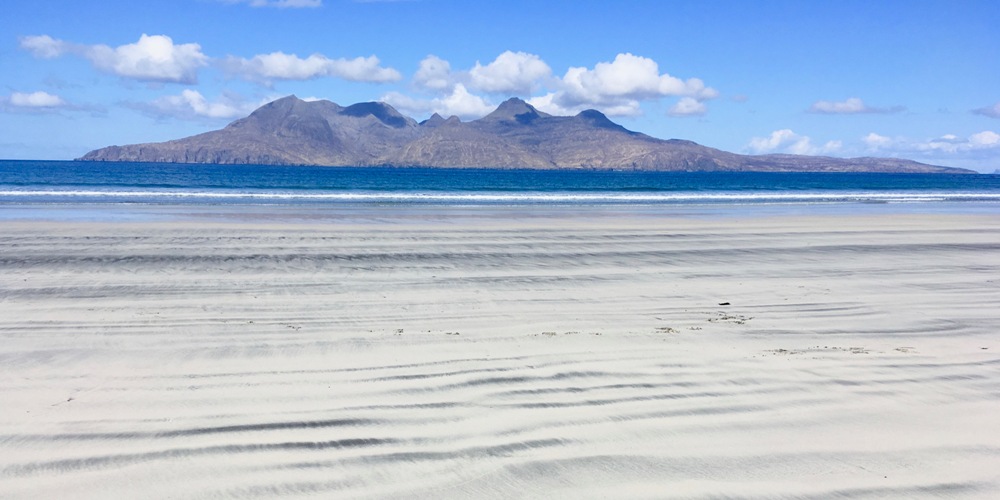 Once a small Norwegian ferry and then a support boat to divers working on the Copenhagen-Malmö bridge, Seahorse II is small enough to take you into places inaccessible to larger cruisers, such as the remote sea lochs of southern Skye. From here you are taken by motorised dinghy to the shore, to walk in places of a beauty that can’t be conveyed in words, with mist-swathed and even snow-tipped mountains looming over valleys of gurgling waterfalls and rampant ferns.

There are also kayaks and a SUP paddleboard on the vessel, which you are free to take out under your own steam. We spent a wonderful afternoon kayaking along the east coast of Canna with its puffin colony and soaring sea stacks. There is also plenty of space for wind- and kite-surfers, bicycles, diving gear, sailing dinghies and any other equipment you might bring along. 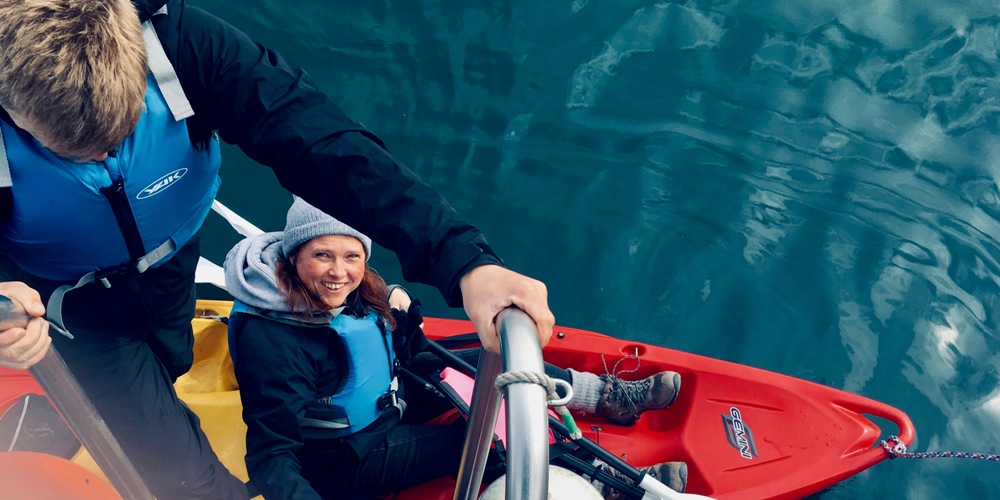 All meals are taken aboard around a large communal table, unless you want to request a picnic to take to shore with you. It’s great hearty fare to set you up for all that walking, cycling and kayaking – everything from porridge at breakfast, cream teas and fresh-baked shortbread to fish pie or curry in the evenings. Beer and wine is included for adults, and there’s an honesty bar should you choose to linger in the saloon after your meal, with a fantastic array of Scottish whiskies and some Scottish gins too. The saloon also has plenty of board games and books, some about the islands and their fascinating histories - which tend to involve a lot of pillaging and murder (I was particularly fascinated by the legend of the ‘Big Women of Eigg’ – Pictish warrior women who worked for the Queen of Moidart).

Our cabin was a snug little bunk room with a porthole from which we could spy the waves by day and the stars by night. The storage was brilliantly designed to accommodate all the different permutations of clothing you might need on such a trip – during ours, the temperatures ranged from positively Caribbean at points to Antarctic (or at least that’s how it felt!). Our cabin shared a sparkling modern shower room and loo with five others (there’s another shower room and loo just at the top of the stairs); two other double-bed/twin cabins have ensuite shower rooms but no portholes.

Other highlights of the trip were clambering down a waterfall on the Aros Park Coastal Path on Mull (where we put down anchor in Tobermory) and discovering an abandoned settlement overgrown with ferns and moss, an otter hide and a castle fallen into neglect on Rum. As a parent, I felt totally refreshed by being out of contact with the rest of humanity for a few days, and it was also thought-provoking to meet and talk to those who’ve chosen this amazing part of the world to try out alternative ways of living. 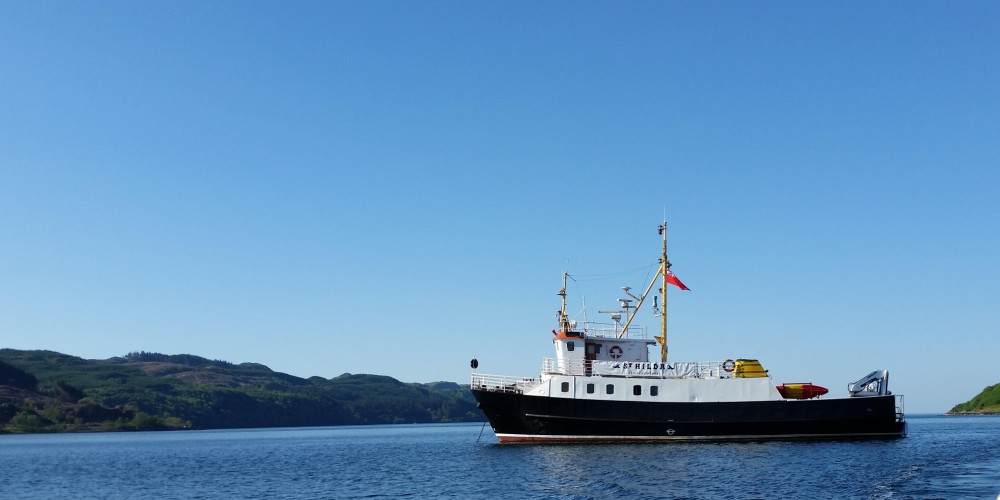 Pick up a free kids' place plus save up to £200 per family and enjoy up to £150 rewards when you book with First Choice this week. BOOK NOW