A Review of the Fantasia Bahia Principe, Tenerife

When you’re taking young children on a family holiday, there can be a lot to think about. Will they like the unfamiliar food? How will you travel from place to place once you’ve got to your destination? And how much will you need to spend to keep little ones entertained?

The beauty of an all-inclusive holiday is that all of this is taken out of your hands. At the newly opened five-star Fantasia Bahia Principe Tenerife, food, drink and almost all activities are included, and everything is designed with families in mind. Even while checking in at the huge, airy lobby, you’ll notice this is no ordinary hotel. There are steps up to the desk so that kids can keep an eye on what’s going on, and a ‘candy man’ is on hand at key checking-in and -out times with a tray of sweets, story books in English and Spanish, and magic tricks.

“We enjoyed a three-hour boat-trip to watch whales and dolphins. Knowledgeable skipper Felix
seemed to know all the best places to spot basking whales and even how to
encourage dolphins to swim and jump alongside the boat.”

More than 75% of the 370 rooms are Family Master Suites sleeping up to five in a room that can be divided using sliding doors, with a second loo in the children’s area. The hotel is set around seven pools (most of them heated in winter) with a fun kids’ splash area with a fairy-tale castle as its centrepiece. The castle contains a ‘Magic Suite’ with round bedrooms and a ‘backstage’ area with costumes to try on. 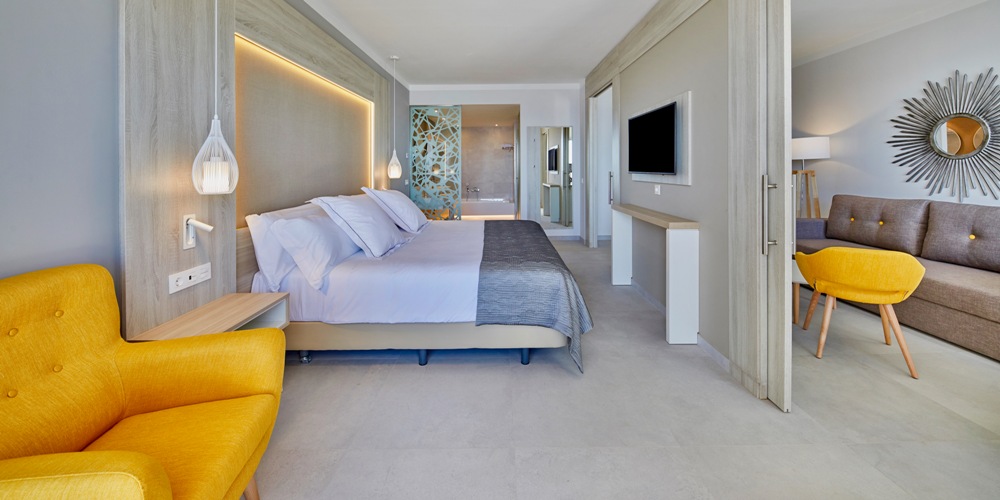 A free kids’ club for ages 3 to 12 offers a wide variety of activities with multi-lingual staff. With around 70% of clientele being British, kids are unlikely to be the only English-speakers. Tweens and teens have a cool space to hang out: The Loft, with pool tables, table tennis, computer games and the like. There are also regular parties where they can try out being a DJ on real decks.

A stand-out feature of this hotel is its 350-seater theatre, which hosts stunning shows several nights a week. We saw a mesmerising dance/magic show that included aerial performances and that was of a standard we’d quite happily have paid to see.

As well as an enormous buffet restaurant offering just about everything you can imagine and including a lowered counter with child-friendly food to allow them to help themselves, there are three à carte restaurants (Asian, Italian and a steakhouse), plus an American-style diner where you can order chips, hot dogs and the like.

A week’s stay includes the chance to dine in the à la carte restaurants three times. At the Italian restaurant, kids can don a child-sized apron and chef’s hat and prepare their own pizza, while the steakhouse offers huge sharing plates of perfectly cooked meat with excellent sauces. All the restaurants offer cut-down versions of the dishes for children, as well as purées for babies. 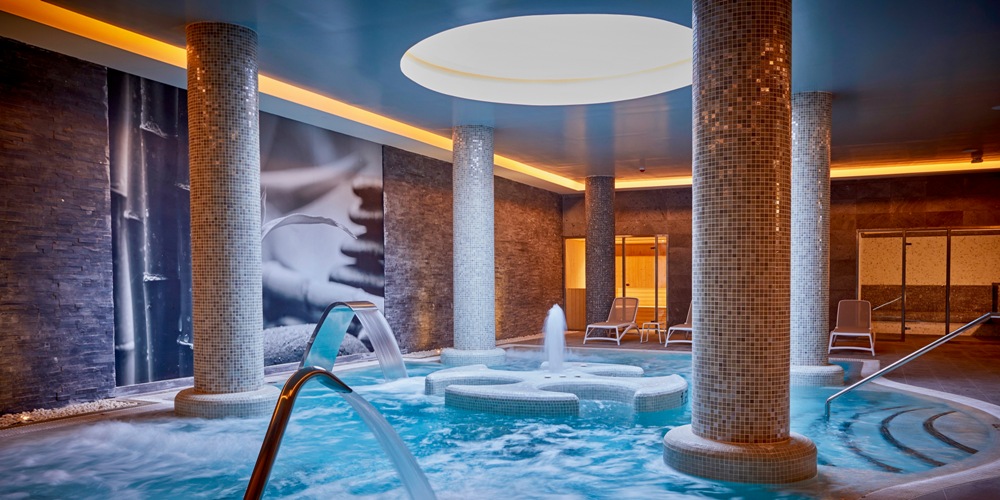 There is always somewhere open serving food and drink, so if you or your children are hungry outside of mealtimes, it’s not a problem. There are even reversed taps at some of the bars so you can help yourself to the local beer.

There are also ‘baby stations’ with microwaves and sinks, and fridges in all rooms. There’s even a pleasant and airy nursing and changing room close to the main restaurant, as well as a supervised playroom so children can play safely while their parents finish their meal.

While there is plenty to keep you busy at the hotel including a full entertainment programme, staff will book you excursions if you’d like to see more of the island. These range from jeep or jet-ski safaris to fishing excursions and evening shows, as well as boat-trips. You can also take ferries across to some of the other islands.

We enjoyed a three-hour boat-trip (from €60 per adult, €45 per child under nine – free for under-twos – with snacks and drinks; private yacht excursions available on request) to watch whales and dolphins with the Tenerife Tourism Corporation and White Tenerife. Knowledgeable skipper Felix seemed to know all the best places to spot basking whales and even how to encourage dolphins to swim and jump alongside the boat. Other nearby attractions include Loro Park with its various animals and the Aqualand water park. But equally, you could spend an entire week lazing around the pool, enjoying the entertainment and relishing in someone else doing all the organising for you.

The same group has another all-inclusive hotel complex, around 20 minutes’ drive away, made up of two linked hotels with shared facilities – the Sunlight Bahia Principe Costa Adeje and the Sunlight Bahia Principe Tenerife. Family rooms at the former, sleeping four, are large and airy, if a little dated. The second resort is a little more adult-orientated, with double rooms and a quieter atmosphere, though anyone from either hotel can use all facilities (except for the other hotels’ buffet restaurants).

There are several pools across the two hotels, which are linked by the Bahia Village entertainment complex with its array of shows (the night we visited, it was a Queen tribute band). There’s also a free kids’ club, two buffets (one for each hotel) and four restaurants (Mexican, Italian, Brazilian and Asian) offering à la carte main courses and buffet starters and desserts. The Bahia Scouts (children’s) menu available in all restaurants offers familiar dishes such as burgers, spaghetti and chicken and chips. This resort offers a shuttle to Playa de Las Americas, so is ideal for beach-lovers on a budget.

Save up to £250 per family on holidays departing in September with TUI. BOOK NOW