A Review of Millennium Falcon: Smugglers Run in Disneyland California

You can be as cynical as you like, but walking through Los Angeles' Disneyland Park to experience its Star Wars: Galaxy’s Edge land is a thrilling experience. There are different layers to this feeling of intense anticipation. The first is the rather huge question of whether Millennium Falcon: Smugglers Run, an interactive virtual reality ride that has you in the cockpit of the famous star-ship, can possibly live up to the hype - or perhaps, justify much it cost to build (the 14-acre Galaxy’s Edge land as a whole came in a a cool $1 billion). The second is the realisation that whatever you feel about the Disney machine, they do what they do extraordinarily well – every detail of the park as whole and of Galaxy’s Edge in particular, from the decor to the characters and their total absorption in their roles – make this a theme park like no other.

‘Star Wars: Galaxy’s Edge is a billion-dollar wonder, from the wandering Stormtroopers to the food and drink (blue milk or Endorian Tip-Yip – chicken, mash and gravy – anyone?) and the obligatory merchandise. Who can resist the fuggly, white-furred charms of a Wampa ice creature to take home with them?’

Entering Galaxy’s Edge and seeing the life-size model of the Millennium Falcon truly does take your breath away, and I’m not even an ardent Star Wars fan – I leave that to my husband and three sons. We had to wait 50 minutes for our turn to ride it, and given all the furore surrounding it, it seems likely that you’ll be lucky if you ever have to queue for less (at the time of writing, there was no Fast Pass cover for this ride) – at least if you want to go in as a group of family or friends wanting to ride together, rather than joining the single-rider line.

Is it worth it? That’s for you to find out for yourself, but our ‘crew’ of six (as you board, you’re told whether you’re pilot, an engineer or gunner) had a blast (excuse the pun) as we roared through hyperspace, dodging asteroids and alien craft and trying to take out the enemy during our smuggling mission –the exact duration of which differs depending on your piloting and fighting skills, but generally seems to last around six to 12 minutes. The fact that we were basically inside a giant and very expensive video game didn't detract from the excitement.

Star Wars: Galaxy’s Edge land – a re-creation of Planet Baatu, location of a Black Spire outpost – is a billion-dollar wonder, from the wandering Stormtroopers to the food and drink (blue milk or Endorian Tip-Yip – chicken, mash and gravy – anyone?) and the obligatory merchandise (who can resist the fuggly, white-furred charms of a Wampa ice creature to take home with them?). Even the bins have been styled to look like droids!

I visited after the opening of the land's first phase. Star Wars: Galaxy’s Edge is now fully open – including Star Wars: Rise of the Resistance, a ride that put you in the middle of a climactic battle between the First Order and the Resistance – in both Disneyland California and Walt Disney World Resort Orlando in Florida. 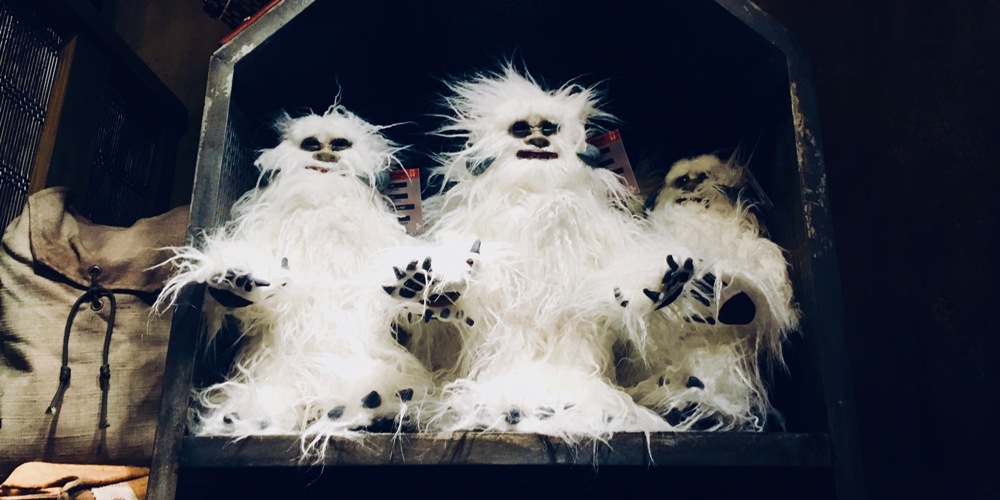