It can be tricky to fill the gap between Christmas and the start of the school term in January, especially if the weather is bad. And despite all those presents, kids can feel a sense of deflation after the massive build-up to the festive season. Which is why I was so interested to find out that Santa’s Lapland – the leader in the field when it comes to taking young children to meet Father Christmas – had introduced ‘Twixmas’ holidays spanning the period between Christmas and New Year. With Santa’s Lapland December and Christmas holidays booking up long in advance, this can be a great alternative for those who haven’t thought to or been in a position to book ahead. Though the kids don’t get to see Santa before the big day, it’s easy to frame the holiday, as I did, as the chance to say thanks to him in person.

At the age of nine, my youngest son was hanging on by the skin of his teeth to his belief in Father Christmas when we travelled to Lapland last December. But our private meeting with Santa utterly convinced him that he exists. Taking place on the second day of our three-day Santa’s Lapland trip, this was part of the big day out at the holiday firm's dedicated snow fun park, where we took part in a whole array of fantastic activities. Our favourites were the reindeer sleigh-ride, husky sleigh-ride and mini-skidooing, but there’s also ice-fishing, snow hockey, kick-sledding, tandem skiing, tobogganing, a show in a giant igloo and a fun intro to the life of reindeers in the Reindeer Centre.

"Our favourite activity in the resort was taking some of our hotel’s free sledges up to the top of the resort’s toboggan run. One of the longest in Europe, at 1.8km, this is an exhilarating plunge through the forest, often in darkness."

When it comes to meeting Santa, your family is driven in a snowmobile-drawn chariot through the snowy forest to a wooden cabin hidden in the trees, to be greeted by giggling elves. It may sound corny, but only the hard-hearted could fail to find it rather charming given the kids’ excitement and the look on their faces. The elves escort you in to see Santa who - miraculously – holds in his hands the letters that parents have had the kids write at home before departure and ostensibly mailed to Lapland (in reality, you slip them in a special envelope to the snowmobile driver before you set out to the cabin). The whole thing was so convincing that my normally voluble Zac sat gaping and dumbstruck throughout and came out of the experience looking dazed and positively beatific.

We’d come to Lapland with Zac’s 13-year-old brother, and indeed, though these holidays are clearly designed for young children, many families we saw had brought along older children and the latter – and the adults – were having just as much fun. As well as the day of snow activities at Santa’s Lapland's own park, there is plenty to do at the resort town of Saariselkä where you are based, 200km north of the Arctic Circle. Here, Santa’s Lapland gives you a choice of several hotels aimed at different budgets. We were happy with the simple but comfortable Santa’s Hotel Riekonlinna with its saunas and Northern Lights viewing room (no, we weren't lucky enough to see the aurora borealis), but among other options are three- to six-bedroom Santa’s Christmas Cabins with their own dedicated helpers, ideal for family groups or those travelling with grandparents or friends. (One our our travel agents, Julie, sampled one of these around the same time and was delighted with hers). [Editor's note: Christmas cabins not available in 2021 or 2022; check back for update].

Our favourite activity in the resort was taking some of our hotel’s free sledges up to the top of the resort’s toboggan run (by €10 taxi, although there is also a bus service from outside the hotel at certain times). One of the longest in Europe, at 1.8km, this is an exhilarating plunge through the forest, often in darkness (it’s dark here from around 3pm at this time of year, and light from around 11am). You can also choose to ski in Saariselkä, go snowmobiling and enjoy trips such as Northern Lights excursions – all available as add-ons and best experienced as part of a four-day Santa’s Lapland trip, which gives you extra time for these optional adventures.

Santa’s Lapland trips include all your kit, including thermal snowsuits, gloves and boots, so you don’t need to worry about being cold. We overpacked; it was relatively ‘warm’ when we visited. That said, everyone feels the cold differently and where my boys were okay with the thermal gloves, my hands suffered even with two extra pairs underneath (partly through driving the husky sleigh and partly through removing my thermal gloves a lot to take photos). For younger children than mine, temperatures in Lapland in winter can be especially challenging, so I’d advise packing for all contingencies and taking hand- and foot-warmers in case of need. 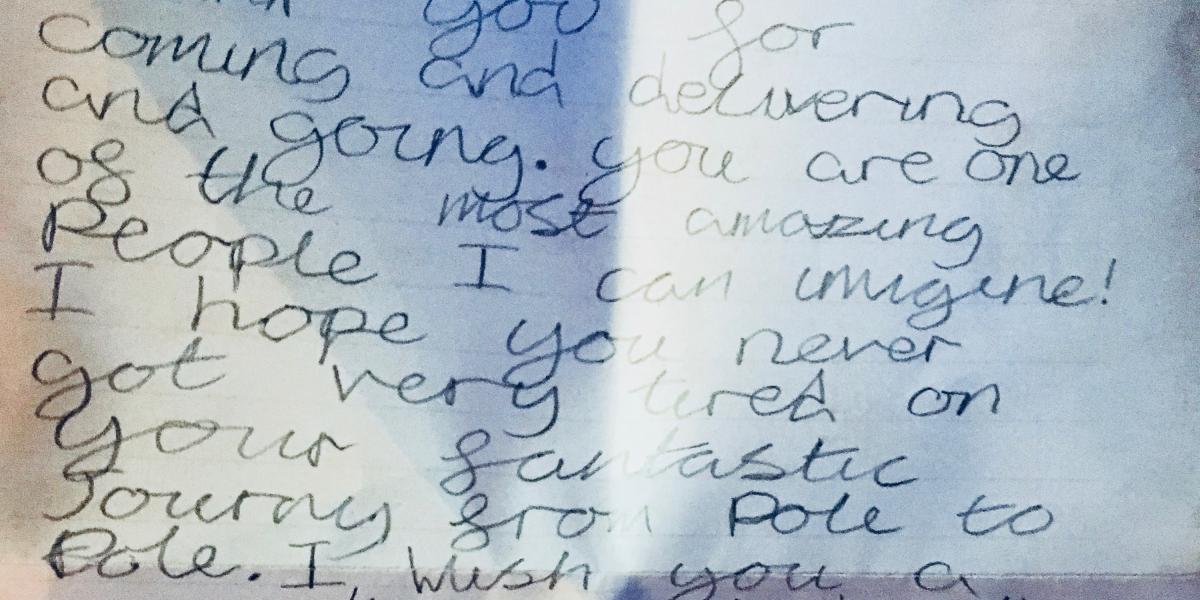 Hop aboard a Marrella Cruise. Summer 2024 is now on sale and October half-term has prices from just £1169 per person. BOOK NOW.