Is Technology Always a Bad Thing on Holiday?

There's been lots of talk in the media about the use of technology on holiday, particularly family holidays. One prominent family holiday firm has lamented the fact that two-thirds of parents apparently work at some point during their summer holidays and said that parents should switch off entirely for the sake of spending quality time with their kids. Another survey found that the average parents are taking at least three gadgets (iPads, smartphones, games consoles and/or laptops) away with them to 'babysit' their children. And yet another poll has claimed that the average worker only fully switches off for four days during a fortnight's holiday.

I'm not so sure it's all so cut and dried. Admittedly, my life as a freelance family travel journalist is not a typical one, and even 'holidays' aren't ever really that – I've always got my writer's hat on, even on a remote beach. But the same goes for any parent who runs their own business or who has any kind of job that they can't leave behind in the office at the end of each day. For many of us, there are compelling arguments for staying switched on even while away.

“There are responsible ways to use gadgets with kids – seek out games and apps related to their destination, for instance, or that help them get to grips with a new language.”

The main one for me is the fear of the backlog that will await me when I get back – like most people, I'm sure, I could easily spend two or three days just attending to my inbox when I'm home again. By alloting some time every day or two to checking my emails and replying to any urgent ones, I can obviate the stress of the impending backlog, as well as have peace of mind that I'm not missing any possible commissions or work opportunities. 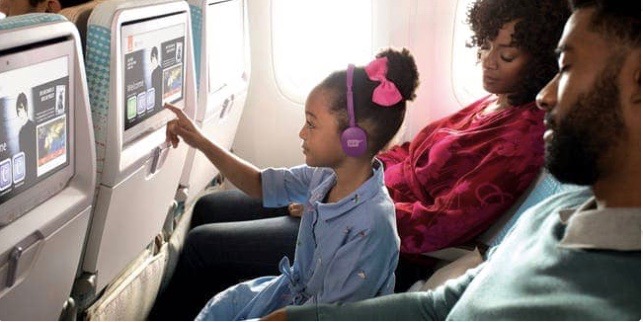 Last year I saw many parents working on their balconies while I was staying at Levante Beach Resort on Rhodes, either while their children were in the kids' club or while the other parent was entertaining them by the pool or on the beach. While it did make me slightly sad that they (and I) have to do this, but it is a sign of the times – times when no one can take having a job for granted.

And people have always made sacrifices. I remember my own businessman father having to leave a family holiday in Tenerife a week before the rest of us because he had work to do. Perhaps today, with the technology we have, he'd have been able to stay with us and deal with things from our hotel room for a couple of hours a day. I know which option would have preferable for all of us.

Nor should tech be seen as the bad guy when it comes to kids. There are responsible ways to use gadgets with kids – seek out games and apps related to their destination, for instance, or that help them get to grips with a new language. And whatever you let them play, use it sparingly and responsibly, as you would at home. I don't mind my kids playing for the odd hour or two to kill time at airports or on planes or trains, but I insist, as at home, that they switch off at regular intervals and do something else – read, draw, grab a travel-pack of plasticine or even talk to me! At the destination itself, they generally don't even think about their gadgets.

My personal bugbear when it comes to gadgets is parents who let kids play on handhelds in restaurants to keep them quiet – or perhaps because they feel so guilty that they're on their iPad or phone. Surely mealtimes, especially on holiday, are the one time of the day when we should all focus on being together, and when there should be a total ban on gadgets?