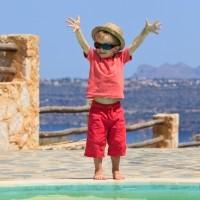 ABTA (the Association of British Travel Agents) claims a sharp rise in bookings for family holidays in the Caribbean and Florida - of 29% and 13% over two years respectively - may in part be due to the abolition of APD for children.

The removal of APD on economy flights for children under 16 from 1st March 2016 means a family of four with two under-16s will save £142 on flights to long-haul destinations.

This move follows the abolition of APD on flights for under-12s in May 2016. Both cuts were announced in the Chancellor’s Autumn Statement of 2014, itself the result of the 'Scrap the Tax on Family Flights' campaign launched by A Fair Tax on Flying.

Most travel companies and airlines have already refunded or will refund APD on under-16s’ flights booked and paid for before the reductions came into effect. However, travellers are advised to contact their travel company/airline for full details.

Mark Tanzer, ABTA’s Chief Executive, said of the news: “ABTA, along with other members of the Fair Tax on Flying, continues to call for a reduction in APD to at least half the current levels to ensure the whole country benefits from a fairer tax on flying."

Read our tips on flying with children.