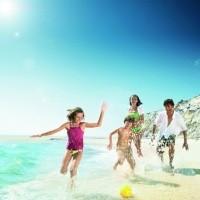 A new Post Office Travel Money report rates the Algarve the best-value holiday destination for UK tourists and reveals that prices have fallen by up to 31% at major resorts and city-break destinations round the world. Of 44 places surveyed, 23 have seen costs decline.

Destinations were ranked by the cost of tourist essentials, including meals and drinks. The Algarve is the cheapest for the first time in five years, after prices fell by 18% year-on-year. The average price there of a three-course evening meal for two, including wine, is now £16.77. The Algarve is followed by Sunny Beach resort in Bulgaria then Cape Town in South Africa.

Commented Post Office Travel Money spokesperson Andrew Brown: “In Europe, the best deals are likely to be in Portugal and Bulgaria, where increased competition to attract tourists has resulted in lower prices for tourist staples. Once the exchange rate is factored in, tourists should see their spending costs shrink. For those travelling further afield, Cape Town, Bali and Tokyo look good bets for the bargain-hunter.”