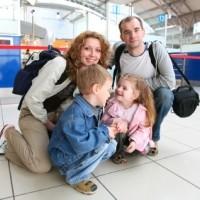 Chancellor George Osborne and the UK Government have been called upon by travel industry leaders to drop air tax for children in the 2014 Autumn Statement, due on 3 December.

According to bmi regional CEO Cathal O'Connell, 'APD in the UK is the highest in the world and a real blow to business as it makes us less competitive. Getting rid of APD for children would be a big step towards helping UK families afford a foreign holiday, but scrapping APD across the board would be a real shot in the arm for the whole economy in the longer term.’

O'Connell was backed up Broadway Travel's Product & Marketing Director Jason Waldron, who explained, ‘In just 20 years, APD on a long-haul holiday has soared from £40 to £388 for a family of four. On top of that, children aged 2 years or older are taxed at the same rate as adults. We think parents deserve to have a great holiday with their children without being hit by unfair APD.’