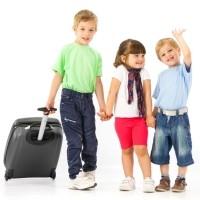 In a letter to regional educational consortia and local authorities, the Welsh Minister for Education and Skills, Huw Lewis, has clarified that headteachers in Wales retain the discretionary power to authorise up to 10 days’ holiday in term time.

The letter came after discussions between the National Assembly for Wales Petitions Committee and petitioners from Pembrokeshire Parents Want a Say and Let Children in Wales Have a Family Holiday During Term Time.

The minister wrote: “I am concerned that some local authority or consortia guidance indicates that head teachers should not exercise their discretion and should instead refuse all requests for term time absence as a matter of course regardless of the particular circumstances leading to such a request."

Responded William Powell, Petitions Committee chair, “The minister's response, in the light of compelling evidence received, is, in my view, a victory for common sense.”

And mother and founder of Let Children in Wales Have a Family Holiday During Term Time founder, Bethany Walpole-Wroe, commented: “We are extremely pleased with the response from Huw Lewis to the evidence we provided. We just hope that this leads to a real change across Wales and that the local authorities will indeed respond by acting within the law as stated in this correspondence. I would also like to understand how this affects those parents who have been unfairly fined.”

Read more about family holidays by time of year.