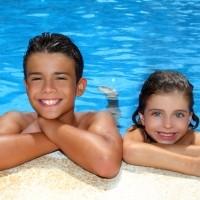 In a new Virgin blog, its founder Sir Richard Branson spoke in favour of  parents' right to take their children out of school during termtime without being fined. Since September 2013, headteachers in the UK have only been able to to approve absences in 'exceptional circumstances'.

According to Branson, a family's quality time is 'invaluable' and kids can learn more from travelling than in a classroom. He pledged his support in particular for Janice Skelcher, who was taken to court and fined for going on a a family holiday in Australia after a period spent caring for a terminally ill relative.

Said Sir Richard: "It is really important that kids spend as much time travelling and learning as possible, from a young age. I echo [Skelcher's] call for the government to give greater support and flexibility for parents to enable them to more effectively care for their children. If there is no other time when parents can afford – financially or time-wise – to take a holiday, they should not be punished for doing so during term.”

On the same topic, Visit Devon chairman Carolyn Custerson has spoken about the effects of the changes not only on overseas travel but on UK tourism, saying:  “The government’s school holiday changes have certainly affected businesses in Devon and we will have to see in future years, by changing their offering to attract pre-school children and single couples, whether or not tourism businesses can regain the ground they’ve lost this year."