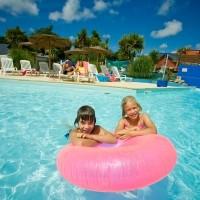 ABTA (the Association of British Travel Agents) has released a report detailing the major travel trends for 2017, as well as 12 ‘destinations to watch' – those expected to capture the public's imagination in 2017. It has also confirmed that early bookings for 2017 overseas holidays are strong (11% above the same period last year) and that 24% of Brits plan to spend more on holidays this year.

Busy holidaymakers are increasingly spending part of their annual leave on short breaks during which they experience their destination in a more active way than in the past.

The growing popularity of city breaks (53% of Brits took one in 2016, compared with 38% who took a beach holiday) is leading travellers to look further afield – to destinations including LA, Miami, Boston, Washington DC, Cape Town, Dubai, Hong Kong, Bangkok and Tokyo.

With 2017 the UN Year of Sustainable Tourism for Development, travel companies are expected to take a closer look at their role in the destinations they sell.

Ongoing fluctuations in the value of the pound due to Brexit and the American election will impact on holiday choices. Destinations in which the pound may stretch further include South Africa, Mexico and Argentina.

Hotels, resorts and destinations will be increasingly enjoyed by travellers before they get there, due to travel firms using virtual reality and other technology to allow customers to 'try before they fly'.